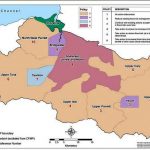 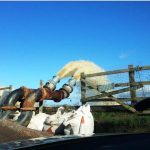 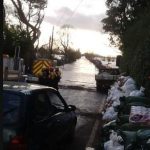 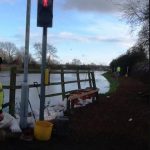 The denial of the Chairman of the Environment Agency that the Somerset Levels have been deliberately flooded as EU policy flies in the face of the fact that the policy is published in his own agency’s documentation. 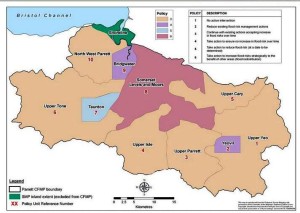 “No, that certainly hasn’t been …certainly since I’ve been chairman of the Environment Agency, which was after that document, which I have to confess I’ve never seen and never taken any notice of.”

“…that is certainly is not Environment Agency policy as of now, hasn’t been for the last five and half years while I’ve been chairman…”

Do these sound like the words of a politician, who knows the difference between past and present tense in language, who understands his job, his duties and the responsibilities of the role he’s been given, along with the fat cat salary and index linked pension, plus expenses and his duty of care to those whom he is supposed to protect?

The reason for the question relates to the FACT that the Environment Agency have numerous documents stating that just such a policy indeed exists.  The specific document which was addressed is titled Managing Flood Risk – Parrett Catchment Flood Management Plan (March 2008) and can be downloaded here. 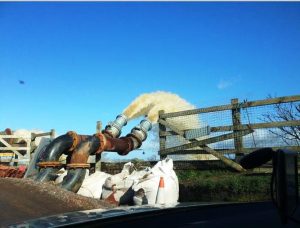 What this document contains is an outline of the government’s policy, through the Environment Agency, to deliberately flood certain areas of the countryside, in particular the area of the Somerset Levels and the surrounding areas. The main point of interest is:-   “Policy Unit 8 – Somerset Levels and Moors”      “Policy option 6 – Take action to increase the frequency of flooding to deliver benefits locally or elsewhere which may constitute an overall flood risk reduction. Note: This policy option involves a strategic increase in flooding in allocated areas, but is not intended to affect the risk to individual properties.”     When we look at some of the diagrams in the same document we come across this on page 127:-  Regardless of what ‘Lord’ Smith states, it is evidently clear from the diagram on the right, with the corresponding key in the top right hand corner, that the policy is indeed a mandate to flood the Somerset Levels and to further flood the surrounding areas over time with the exceptions of Bridgwater, Taunton and Yeovil.

It would appear that every other human settlement is to be given over to nature in the form of enforced flooding, either under the guise of supposed incompetence or by ensuring that flood defenses, such as dredging operations and maintenance pumps, have to be curtailed, all in the interests of a few birds and to save taxpayer’s money due to ‘austerity’ measures.

Perhaps ‘Lord’ Smith should consider the effects on people’s financial status, regardless of saving them a few pounds a year in tax, when they’re having to pay thousands to have their homes restored as soon as is feasibly possible. I doubt if he’s asked those unfortunate people who have been flooded out of their family dwellings by his, and previous governments’ deliberate implementation of EU policies, to ensure flooding would occur in their area. I doubt if they’d have minded receiving the flood defences which they’ve already paid for instead. 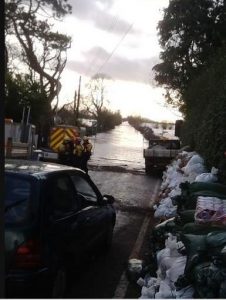 Flooding on the Somerset Levels

The point is that this is a deliberate policy to flood large parts of the Somerset countryside, removing families, entire communities and destroying much needed agricultural land.

Some colleagues and I were in Bridgwater yesterday talking to a number of locals and emergency service personnel. The response was at times frosty, to say the least, and understandably so with many mainstream media outlets simply there to fill column inches and TV broadcasts with sensationalist reporting, without actually asking the real questions as to why policies exist to bring about such catastrophie. This frosty attitude is understandable as people try to save what’s left of their homes and belongings whilst preparing for yet another deluge in the coming days.

There seems like no end to this nightmare for thousands who have been displaced as a result of treasonous actions by those believed, by many in the area, to represent their interests. It seems that the interests of the bureaucrats in Brussels and those in the higher Politburo in New York, in the form of the United Nations, are the only interests that matter when Agenda 21 is the priority and which is being carried out with the full knowledge of ‘Lord’ Smith and his Environment Agency.

Agenda 21 sets out the plan for the 21st century, with nature taking a front row seat in every regard. Mankind is the enemy who must be curtailed in his activities. Nature is the new religious entity which must be nurtured and taken from mankind for the good of the few technocrats to enjoy it. The rest of us have to be herded into overcrowded city ghettos.

Man has been continually driven from the land for the many centuries. Today’s floods are simply another tool to continue such a drive without the use of guns and bullets. People will be flooded out or simply leave of their own accord.

Our time spent in the devastated flood plains of Somerset helped us get a better picture of the problems people face, but at the same time experience the thinly veiled anger boiling just under the surface in a community which seeks to find solutions to the problems of today without playing the ‘blame game’ so conveniently being put on for the pantomime reporters of the mainstream media. 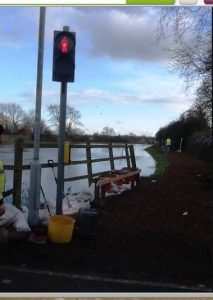 We’ll plan another trip in the near future, when hopefully the flood water has receded, to try to get a feel of the local mood, weather permitting, but I doubt it’ll be long before the need for answers and explanations will rise to the surface with that anger being vented in the only directions possible; Firstly London then East towards Brussels and West towards New York.

I sincerely hope that those who’ve been affected will start to see the bigger picture and recognise those lying, scheming politicians in this country, who have colluded at the highest levels with those in Brussels and the United Nations, and who have worked to destroy the lives and futures of thousands in Somerset and elsewhere in Britain today.

The time must come when the regularity of such avoidable disasters begins to stir thoughts in people’s minds of exactly what it is their ‘representatives’ actually represent. ‘Lord’ Smith denies all knowledge of the policies outlined above. That being the case, he is obviously not fit for purpose in his role as Chairman of the Environment Agency and should immediately resign and yet he’s refused to do so.

I’d suggest that the reason he hasn’t resigned is due to the fact that he knows full well that he’s loyally, for his globalist masters, carrying out his duties to the letter in terms of allowing and deliberately orchestrating, in full knowledge of the consequences to the people of Somerset, the flooding of their communities.

I sincerely hope that, once the waters have subsided and the land dried out, that the people of Somerset, and beyond, can come together to discuss the issue of Policy 6 outlined above and finally begin to realise that the real issue is not about flooding but involves a far more sinister agenda; that of Agenda 21 and sustainable development.

There is, of course, one essential element required if the policy is to deliberately flood a specific area; rain… heavy, persistent and lots of it.

If this can be accompanied by high winds then so much the better.

Are we witnessing a geo-engineering phenomenon to ensure that EU and UN policies are implemented on schedule? Was the ‘Managing Flood Risk’ document of 2009 the causal factor in terms of its implementation to have fully taken effect in 2015 by flooding those specified areas highlighted in the report?

The views and opinions expressed in this content are those of the author and do not necessarily reflect those of Chemtrails Project UK.

7 Responses to “A Flood of Policies and a Pack of Dam(n) Lies: The Deliberate Flooding of the Somerset Levels”