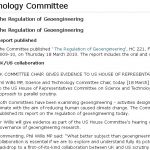 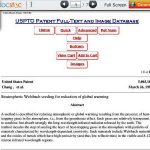 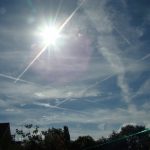 “Here we have part of a 2013 report from the UN WMO confirming active “weather modification projects” in 42 nations.

(In 2010, weather modification was removed from the definition of geoengineering http://bit.ly/1gG2iNp Stratospheric Aerosol Geoengineerng (SAG)  is carried out in the  Stratosphere and weather modification is  mostly  tropospheric, below 60,000ft.  The majority of aerosol emissions are seen in the troposphere.) EXECUTIVE SUMMARY OF THE WMO STATEMENT ON WEATHER MODIFICATION : http://bit.ly/1e7hlus

“Note how many nations have been (and are at present) engaged in “precipitation enhancement”  http://www.wmo.int/pages/prog/arep/wwrp/new/documents/

The UK and the USA have collaborated on regulating geoengineering. Sourcehttp://www.parliament.uk/business/committees/committees-archive/science-technology/s-t-geoengineering-inquiry 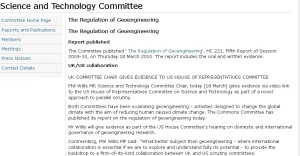 Not included in the WMO list is the UK or EU  although the USA is mentioned.

However following this incident over the UK it began to rain.

Plane over UK on a level course begins deployment completes a 180deg change of course & then ceases. This appeared to be targeted at a cloud front blowing in from the left of frame.”

Semantics can be a smoke screen. Geoengineering   is designed  to affect the climate, not just local weather. Therefore  geoengineering can be denied in relation to tropospheric weather modification. 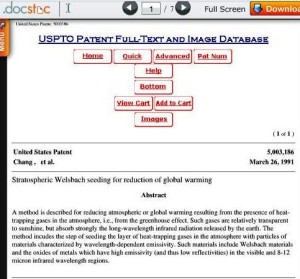 “Over the UK   – nice grid pattern ! Not commercial flights no transponder 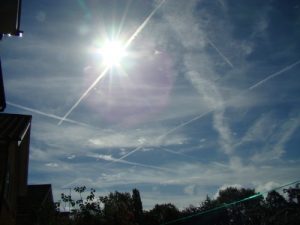 Please Pass This Evidence To All Contacts especially British farmers.

Ladies and Gentlemen we are being betrayed. Governance of the UK has been transferred to foreign powers.

Unacknowledged by either government, the media or even Chris Smith in his current diatribe, this policy was given legislative force, not by the Westminster parliament but by an EU directive 2007/60/EC of 23 October 2007 on the assessment and management of flood risks, the so-called “Floods Directive”.

In recital 14, we saw spelled out the requirement that flood risk management plans should focus on prevention, protection and preparedness. But, “with a view to giving rivers more space, they should consider where possible the maintenance and/or restoration of floodplains, as well as measures to prevent and reduce damage to human health, the environment, cultural heritage and economic activity”.

Implemented as the Flood Risk Regulations 2009, there, writ large, was Defra’s “making space for water” policy. It was all that was needed, by way of legislative authority, for an already Green-dominated Environment Agency to abandon the Somerset Levels and to allow them to flood.

1expose (one’s country, a group, or a person) to danger by treacherously giving information to an enemy: a double agent who betrayed some 400 British and French agents to the Germans

1.1treacherously reveal (information): many of those employed by diplomats betrayed secrets

1.2be gravely disloyal to: the men who have betrayed British people’s trust

1 (also high treason) [mass noun] the crime of betraying one’s country, especially by attempting to kill or overthrow the sovereign or government: they were convicted of treason

1.1the action of betraying someone or something: doubt is the ultimate treason against faith

High treason is criminal disloyalty to one’s government. Participating in a war against one’s native country, attempting to overthrow its government, spying on its military, its diplomats, or its secret services for a hostile and foreign power, or attempting to kill its head of state are perhaps the best known examples of high treason. High treason requires that the alleged traitor have obligations of loyalty in the state he or she betrayed, such as citizenship, although presence in the state at the time is sufficient. Foreign spies, assassins, and saboteurs, though not suffering the dishonor associated with conviction for high treason, may still be tried and punished judicially for acts of espionage, assassination, or sabotage, though in contemporary times, foreign spies are usually repatriated in exchange for spies of the mentioned nation held by another nation.High treason is considered a very serious – often the most serious possible – crime, by the civil authorities.” Source : www.sovereignindependentuk.co.uk

The views and opinions expressed in this content are those of the author and do not necessarily reflect those of Chemtrails Project UK.

Please help our cause to spread awareness and ban Aerosol Geo-engineering from our skies.

10.3k
Fans
157
Followers
83
Followers
129
Subscribers
1
Subscribers
7
Followers
Thought for the Day: Why have employees of Her Majesty's Government had their computers blocked from accessing chemtrailsprojectuk.com?